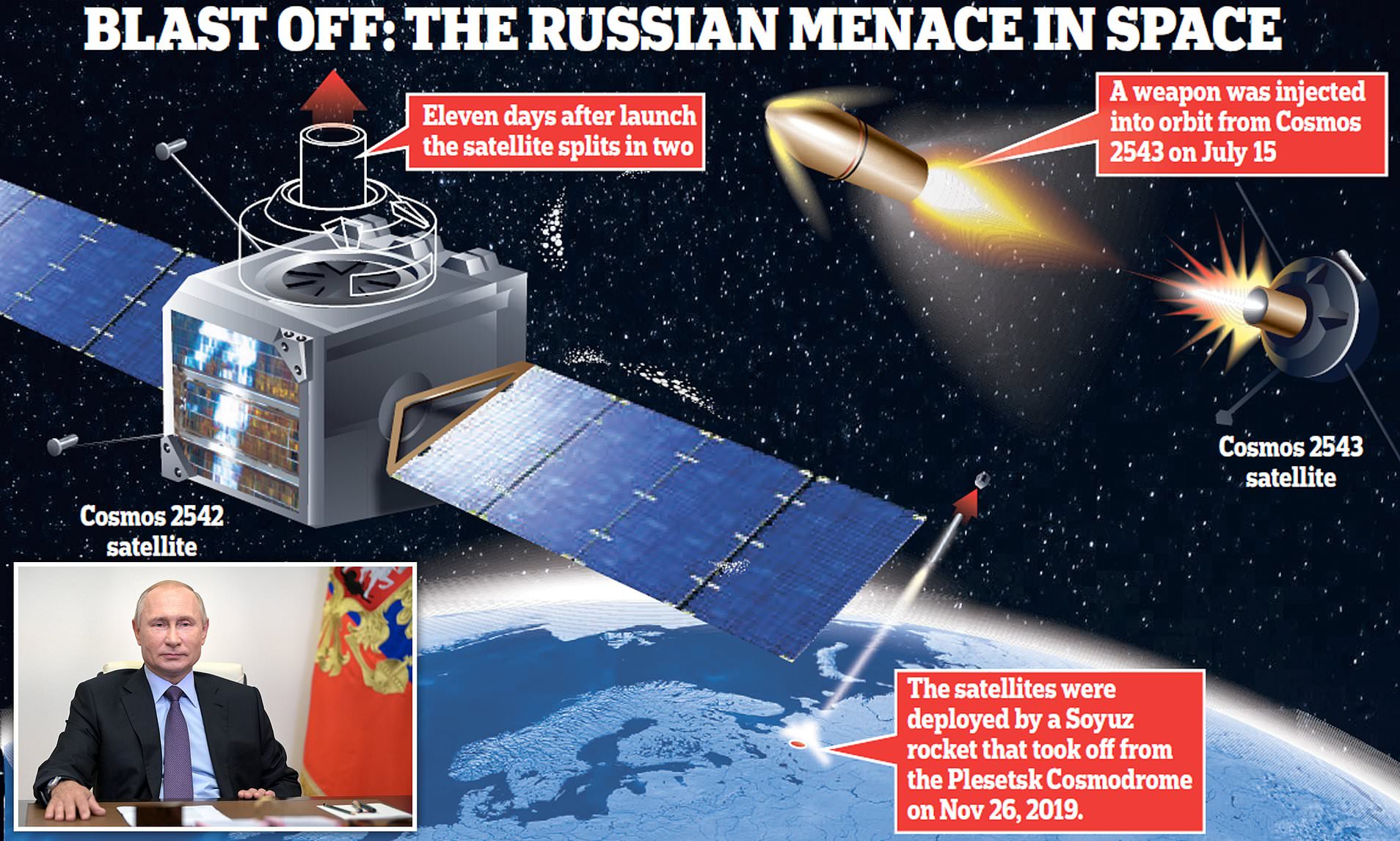 According to foreign media reports, the US Department of Defense believes that Russia may have tested a new space technology that can be used to destroy other satellites already in orbit. Although Russia’s test did not destroy anything, US military officials worry that it will be used to attack its national satellites in the future.

According to the US Space Command, on July 15, a Russian satellite named Cosmos 2543/Kosmos 2543 launched an unknown object into orbit. It is reported that this satellite released the mysterious object near another Russian satellite, but no debris appeared. During the test, the Russian Ministry of Defense admitted that Cosmos 2543 would approach the target satellite for inspection, but the satellite tracker noticed that a new object appeared during this inspection.

Russia said that Cosmos 2543 is a detection satellite, so it is not surprising that it is close to another Russian satellite. In fact, in the past ten years, such close “checks” have become a trend in Russian satellites.

However, Cosmos 2543 is more than just checking the satellites of Russian satellites. It is reported that Cosmos 2543 was deployed by another Russian satellite, Cosmos 2542, in December 2019. In January of this year, satellite trackers noticed that the two satellites appeared to be tracking a US spy satellite named USA 245. US Space Command noticed this strange behavior, which made them feel very unhappy. “We think this behavior is unusual and disturbing,” General John “Jay” Raymond, commander of the U.S. Space Command and head of space operations for the Space Force, told Time magazine in February. “It It may create a dangerous situation in space.”

Now, Raymond condemns the unidentified object launched by Kosmos 2543 and claims it is evidence of a weapon system. He said in a statement: “The Russian satellite system used to test this on-orbit weapon is the one we worried about earlier this year when Russia conducted exercises near a US government satellite. This is further proof. Russia’s continued efforts to develop and test space-based systems are also consistent with the Kremlin’s military theory on the use of weapons that threaten the space assets of the United States and allies.”

In fact, it is not uncommon for large satellites to launch small satellites into orbit. ISS often deploys small standardized satellites. The U.S. Air Force’s mysterious space shuttle X-37B also launched small satellites during its fifth space journey from 2017 to 2019.

What is unique about this Russian experiment is that no matter what Kosmos 2543 is launched into orbit, it moves very fast-at least faster than its parent satellite. This suggests that the object may be more insidious than another exploration satellite. US Space Command pointed out that the Kosmos 2543 incident is similar to another incident in 2017, when a Russian satellite named Kosmos 2521 deployed a high-speed sub-satellite. Raymond calls these satellite deployments “Russian doll” technology.

Of course, the United States cannot fully confirm that Kosmos 2543 tested an anti-satellite weapon, but the evidence does seem to point to this conclusion. In this regard, Brian Weeden, Project Planning Director of Secure World Foundation, pointed out: “We have no clear evidence, but I think it is.”