According to foreign media reports, a few weeks ago, NASA successfully launched the Mars 2020 equipped with Perseverance and Ingenuity helicopters and started a journey to Mars. It is reported that people need to wait for several months to wait for Mars 2020 to arrive on this red planet. If you are one of those people who can’t wait or want to learn every new piece of information when the Mars mission starts, there is now a way to help you track the progress of the mission in real time–and it also comes with spacecraft and surrounding solar system. 3D model. 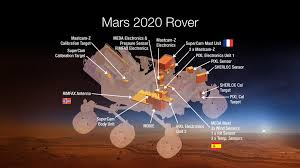 It is understood that NASA’s Eyes on the Solar System network tool allows people to explore the entire solar system, zoom in on various celestial bodies, and at the same time track their locations in minutes.

Of course, people can track planets on it, and they can also track their journey by double-clicking any space hardware on the map, such as the Parker Solar Probe, TESS spacecraft, ISS, and of course the current Mars 2020.

In addition, people can click on Mars itself to view the hardware currently on this planet.

Mars 2020 is expected to land on Mars in February 2021. Once successful, the rover will need to undergo a series of inspections, and the return-to-earth processing procedures will ensure that everything is still working properly before the rover can be approved for scientific missions. At the same time, the helicopter tied to it will be released, and when lucky, it will be the first aircraft to fly on another planet.